Today’s links: history of the midi skirt, an extreme Instagram fashion challenge, inspiration from the everyday outfits of Bruce Pask, some scenic storybook castle aesthetic inspiration, and costume design for a period piece set in the 2010s.

History of the midi skirt

Man Repeller has a great article about the genesis and ebbs and flows of the midi skirt. It provides an overview of the history of hemlines in the 20th century, including That One Time in the 1970s When They Tried To Make Midi Skirts Happen, but they totally didn’t, because the populace wanted their modern and freeing minis.

Although the midi-length peeked its head out via the classic 90s slip dress, it didn’t really find its footing again until the Spring and Fall 2014 collections when designers started mashing together influences from all the latter decades of the 20th century and — this is the clincher!!! — people actually liked it.

Which is kind of the point, right? If the midi debacle of 1970 achieved anything, it proved that even the most influential voices can’t sway the public if they don’t want to be swayed.

Good news: trends and progress and freedom lie in the hands of the collective.

Nowadays, there seems to be a pretty healthy selection of both minis and midis (although anecdotally, fewer maxis than in the mid 2000s – early 2010s), which is nice, so you can have some choices in both.

For some style notes on how I approach styling midi skirts, check out my previous post!

It’s the creation of @wool.and, a company which sells merino dresses. Their shtick, as you may have guessed, is “You only need this one dress!! Eschew your wardrobe for exclusively dresses from us.” In this hashtag, their customers wear the same dress for 100 days. I think the idea might even be “in a row” but I haven’t read through all of them to see how closely people are following that.

I’m pretty impressed with this whole thing as a marketing campaign, even if I’m not getting any inspiration from the shared outfits as knee-length stretch knit dresses are not my personal style at all. Their target demographic appears to be middle aged women in the US. If you click into the hashtag, you can see people styling very similar dresses for various mostly casual activities. There’s a lot of soft layers, comfort footwear, belts, and what I can only describe as teacher-necklaces.

Here’s a photo from the sea of dresses I liked. Mostly because it’s a hiking photo with a charismatic dog, but also because of the structure added by the jacket, but the visual interest added by the hat and socks.

Started the Bay Area Ridge Trail at Carquinez Bridge. I'm taking along my hiking buddy where I can. Today, we walked over the bridge and back, then took a spin around Crockett. The people on the bridge were the friendliest I've ever seen. So many smiled and waved like they knew me. #bayarearidgetrail #carquinezbridge #crockett #ontheridgetrail #womenwhohike #hiking #hikingwomen #badasshikingwomen #hikingadventures #alltrails #hikingwithdogs #happyhiker day 15 #photooftheday #wooland #100daydresschallenge #sierratankdress

Exploration within a uniform

Bruce Pask. Men’s Fashion Director of Bergdorf Goodman and Neiman Marcus. Wears shades of blue, with the occasional pop of a neutral. For the most part: shirt, pants, jacket. Sometimes two or three jackets.

But the textures, subtle prints, and composition of his outfits is stellar, and this was a really cool demonstration of how much depth you can get from what initially sounds like a boring-af minimalist ‘uniform’ (in the sense of sticking to an outfit formula and palette – not literally doing the Steve Jobs / cartoon character thing). I think even those who personally avoid the idea of a personal uniform or outfit formulas like the plague can appreciate the collective attention to detail in these.

Bruce Pask – Exploration Within a Uniform from malefashionadvice

This one is not directly fashion, but y’all know one of my personal favorite aesthetics is “storybook style” or basically, a version of cottagecore. I’ve been enjoying Jim Carroll’s account which posts his original photographs from explorations of abandoned mansions and castles in France. Some of the grandeur of high fantasy, but a little more wild and wistful. He also actually writes captions for things, and provides some historical context (although I’ve never bothered to actually verify any of it).

This gigantic castle was abandoned for years, after it closed a few years ago when it was used as a hospital. 🏨 . Hard to believe that this building was originally a 12th century medieval castle, which was renovated and modified for a long time. Unfortunately, time and vandals have not spared it, and this one is completely devastated inside. 😞 . Difficult to photograph this place filled with graffitis very dark, and where the floors collapse. However, there is one thing that has remained magnificent inside, it is this large stained glass window. 🌷 . It also suffered, but the colors and details are still present, and on a cold winter morning, the atmosphere is magical. 👻🌿 . Now the castle has been bought and will soon be renovated into a hotel. The renovation will cost millions of euros and should be completed in several years… 🍃 . . . . #urbex #abandoned #forgotten #country #urban #exploration #abandonedplaces #lostplaces #etikurbex #all_is_abandoned #welcometoneverland #castle #urbextreme #urbexphotography #urbexworld #urbexpeople #urbex_supreme #urbex_rebels #urbexeurope #jj_urbex #kings_abandoned #ig_abandoned #abandonedcastle #urbexconnection #total_abandoned #abandonedmansion #ig_urbex #architecture #itsabandoned #bandorebelz

The exploration of this magnificent place just before nightfall was strewn with a strange sensation. After having walked the dark corridors of one of the presumed most haunted places in the region, I realize that from the small chapel, sculpted creatures have been watching us from the start. 👻 . Hidden under the ivy, these stone monsters defy time and protect the place in their own way. Finally my regret was that I did not have satisfactory photos of the interior of the chapel. Maybe I focused too much on the gargoyles at that time? 😬 . I leave you then with these few pictures which still represent the general atmosphere of the place, and I let you search in my old photos and recognize the castle, if you want to see more! 🌲🍁 . . . . #urbex #abandoned #forgotten #country #urban #exploration #abandonedplaces #lostplaces #etikurbex #all_is_abandoned #welcometoneverland #gargoyles #urbextreme #urbexphotography #urbexworld #urbexpeople #urbex_supreme #urbex_rebels #urbexeurope #jj_urbex #kings_abandoned #ig_abandoned #abandonedchapel #urbexconnection #total_abandoned #urbexculture #ig_urbex #desertedplaces #itsabandoned #bandorebelz

The 10-episode rom-com stars Anna Kendrick as Darby, an early 20-something who’s flailing on her career path, while falling into questionable relationships and roaming the city’s party scene with her roommates (as we tend to do at that age).

To study up on the subtleties of the time period beyond her own fashion bonafides, the Patricia Field protégée headed to the library at FIT. “I did a lot of research, like Teen Vogue and Nylon magazines in 2012,” says Demeterio. Plus, she revisited pop culture and top musical hits from the 2010s. (The premiere episode alone is rife with very 2012 references, like the fear of Mitt Romney being the worst outcome of a presidential election and a pack of Gawker editors parading through an art museum.)

Fashionista’s interview with costume designer Jaqueline Demeterio discusses many aspects of the design, from influences, customized details, and of course, how the clothing is used to emphasize where the character is in life. 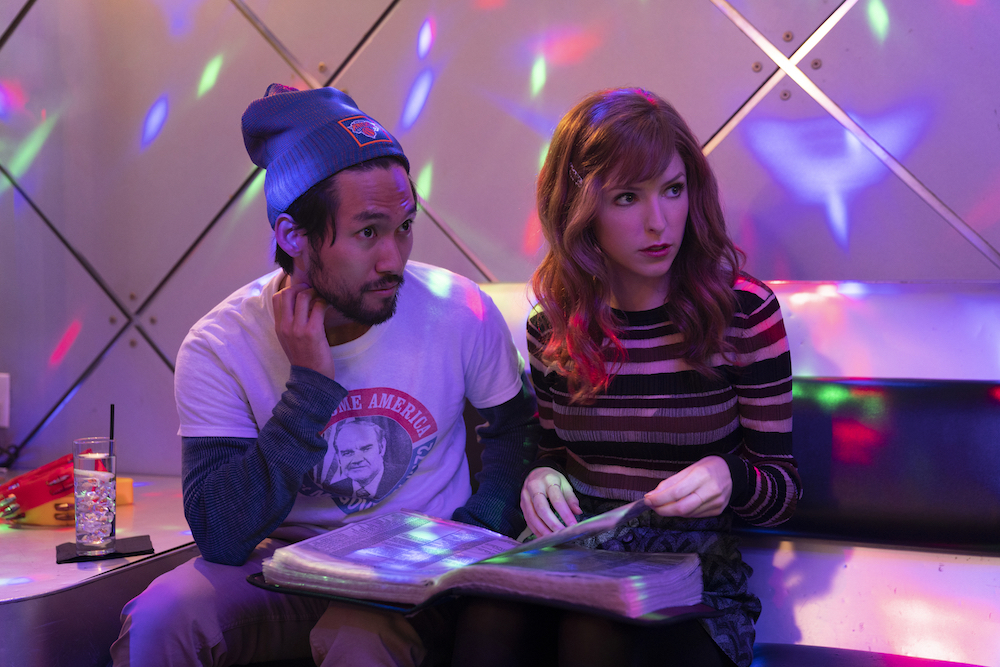 I’m not much for rom-coms myself, nor have I watched or plan to watch this show, but I found this an enjoyable read. It also touches a little bit onto how people might dress at different stages of relationships, or in relationships with different people, which was some food for thought.

Bonus: How to organize your closet like a costume designer 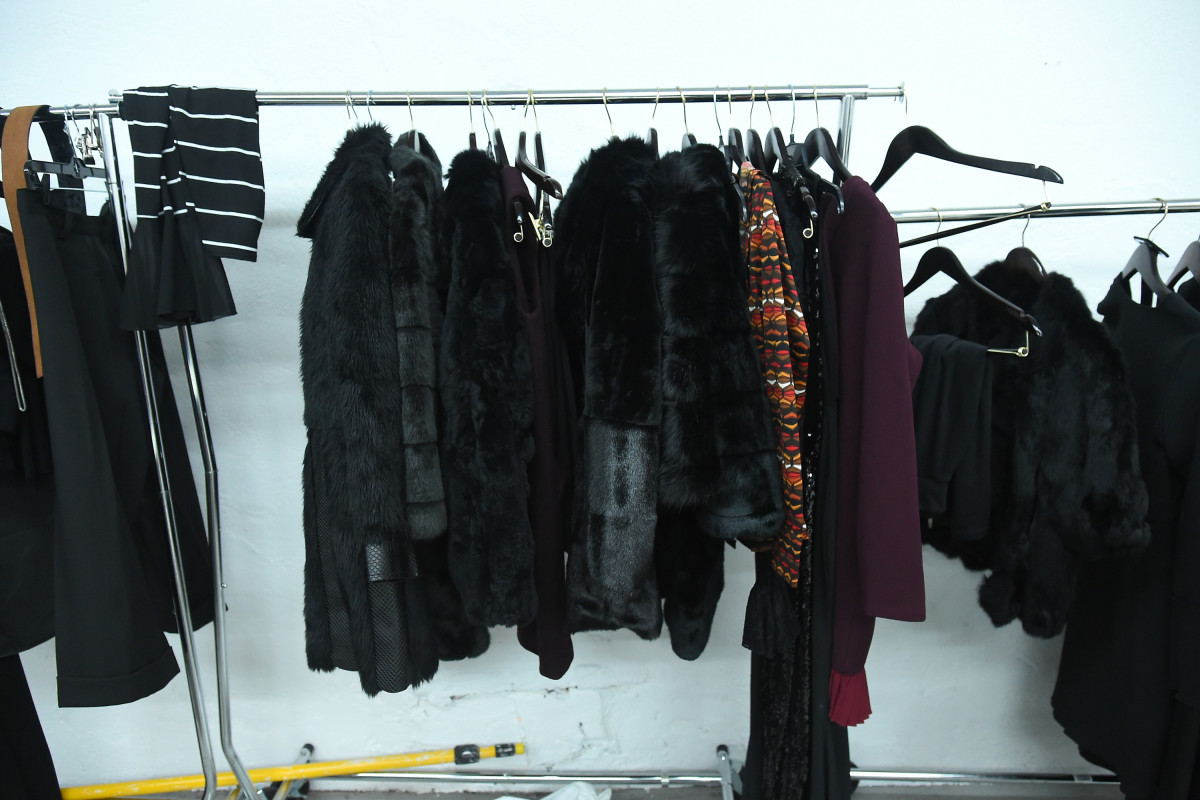 I’m still mourning the demise of Racked, but the Fashionista site is the blend of industry and pop that I’ve been looking for in fashion news. Perhaps not so in-depth as I would ideally like, but I’m still excited to have found it.

Here’s another article  I liked where they ask several costume designers for tips on how to set up an effective staging area for getting dressed.

One of the tips:

To allow for ultra-expedient dressing, Lawson suggests setting aside a “stapless” section, for oft-worn “workhorses of the closet,” like camisoles, turtlenecks and black pants. So you can just quickly rummage, grab and dress. And if you’re feeling extra-thorough (or don’t want to repeat a look too soon), allot additional space for just-worn pieces. “If you like to rotate your clothes every week or two weeks, you forget what you’ve worn,” he says.

And that’s all for this links of the whatever! I hope that you found some of it fun reading. Wishing everyone good health and clean hands 🚰