Links of the whatever: cool stuff from other people. 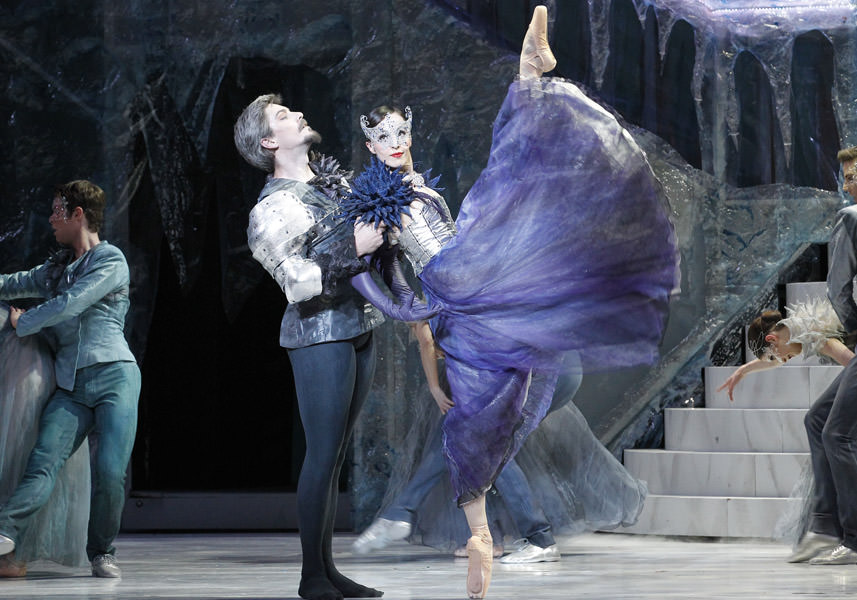 I love all the tulle and sequins and embroidery of your standard ballet costumes, but I recently watched the free stream (which sadly has ended, I almost forgot to watch it until the last day it was available, but they have more upcoming digital shows) of Australian Ballet’s Romeo and Juliet (choreography by Graeme Murphy, premiere 2011) and was really struck by the costume design. It seemed like they were designed by someone who was trying to use fabrics in interesting ways and just seemed a lot more… designed than the usual costume set even from a national company.

I looked it up and they were created by fashion designer Akira Isogawa, who the Australian Ballet was able to collaborate with due to a grant (it isn’t common for companies to get higher profile designers to do their costumes).

There were SO MANY COOL FABRICS here. They look particularly striking in motion – to get the full effect of everything it’s ideally viewed in video.

The show isn’t set in renaissance Verona, but in some kind of weird mash-up fantasy universe. I actually had an issue with how that was implemented for the production as a whole. I felt like if they were trying to do a “this story TRANSCENDS SPACE and TIME” vibe, they really ought to have done 5-6 settings instead of 2-3, with a larger variance between them.

I actually didn’t realize that the East Asian inspired monks (Friar Lawrence et al) were not just in-theme/setting with the sci fi medieval looks until reading reviews, and I was very confused as to why the second act was set just straight-up in stylized Theater India with no mixed component when the earlier scenes were a combination of fantasy-european-renaissance and fantasy-ancient-japan. Overall I found it confusing to follow, and not in a well executed Waiting For Godot or Dali sort of thing.

I still enjoyed it overall and of course I can’t complain much, as it was free (if you watch the streams and can spare a bit, donate to them!).

My favorite element was probably this repeating thing they had going on with this sheer fabric with some kind of (I assume) heat molded spikes. The costumes are really pliant and the secondary motion from the capelets and capes was really interesting, and the spikes created a more aggressive feeling to the visuals than if it were just draping with some metallic panels. You can see a similar fabric used for Paris’ cape in the Google Arts and Culture image below (the tan one that looks like a gladiator outfit). The fabric is extremely floaty in motion.

You can find high quality photos of some of the costumes on Google Arts and Culture (where the following images are from). You can zoom in a lot more there, please check them out as they were meant to be viewed!

Unexpected popcorn shirt – usually not a good thing, but it complemented all the other spiky fabrics and was a cool way to add lightweight texture to the top to keep it feeling more otherworldly (vs if they’d just used the standard blousey-male-ballet-costume-shirt material like in the lower sleeves. 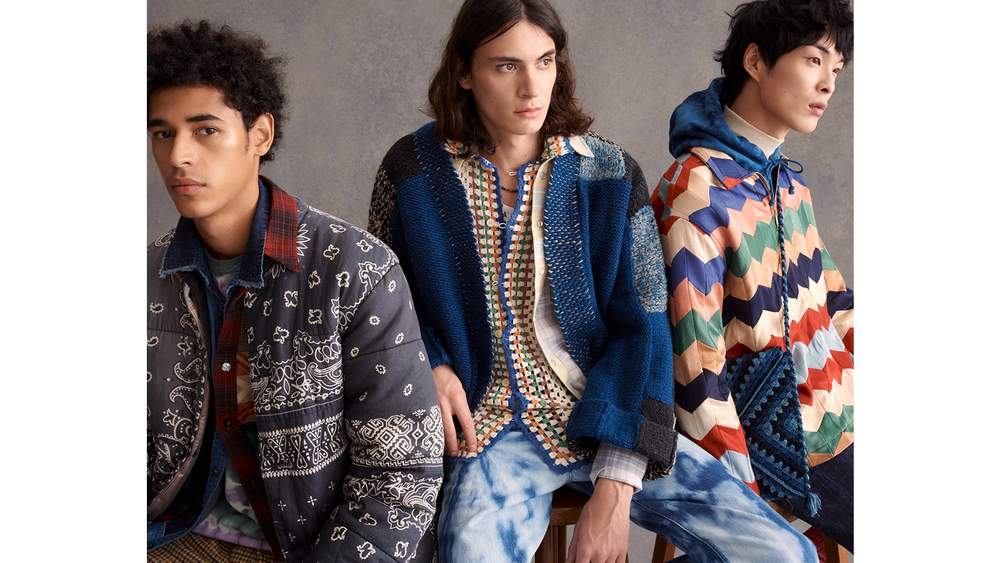 This was an inspo album from reddit.com/r/malefashionadvice by the user u/mcqueenofthehill that I enjoyed. It features clothing with a lot of homey, handcrafted elements like patchwork, visible mending, and crochet.

It’s not my style, personally, but I really appreciated the visual richness and that it was a bit different from the standard thing that pops up on my Instagram feed.

Although, now that I think about it the most recent Free People release is absolutely chock-full of crochet granny squares and aggressively hippie elements (even for them), so maybe this is actually just one of the current trending aesthetics. 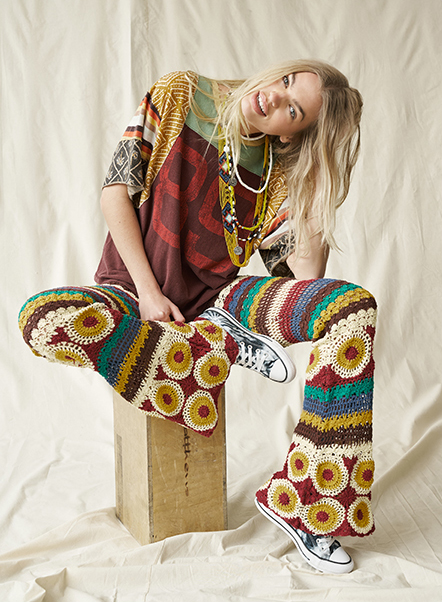 I cannot remember why, because I don’t play any video games or do any digital art, but I follow Shaddi Safadi, a concept designer from One Pixel Brush on Facebook and he recently had a post asking if anyone had favorite resources for high quality, designer level clothing …. as digital assets.

It’s one of those things where you know subconsciously that someone is doing it but probably don’t think about it much. I didn’t dig too far into it, but I did poke around a bit at two of the sites that were recommended.

I did a little bit of digital modeling for a class in college and WOW was it a pain in the ass. Mostly I learned that I want absolutely nothing to do with CGI and that the people who do it for a living are amazingly passionate.

The bigger picture: a guide to XL techwear

I am neither a dude, nor XL, nor into techwear, but I really enjoyed this thoughtful post on some details to consider when putting together a techwear outfit on a larger frame. 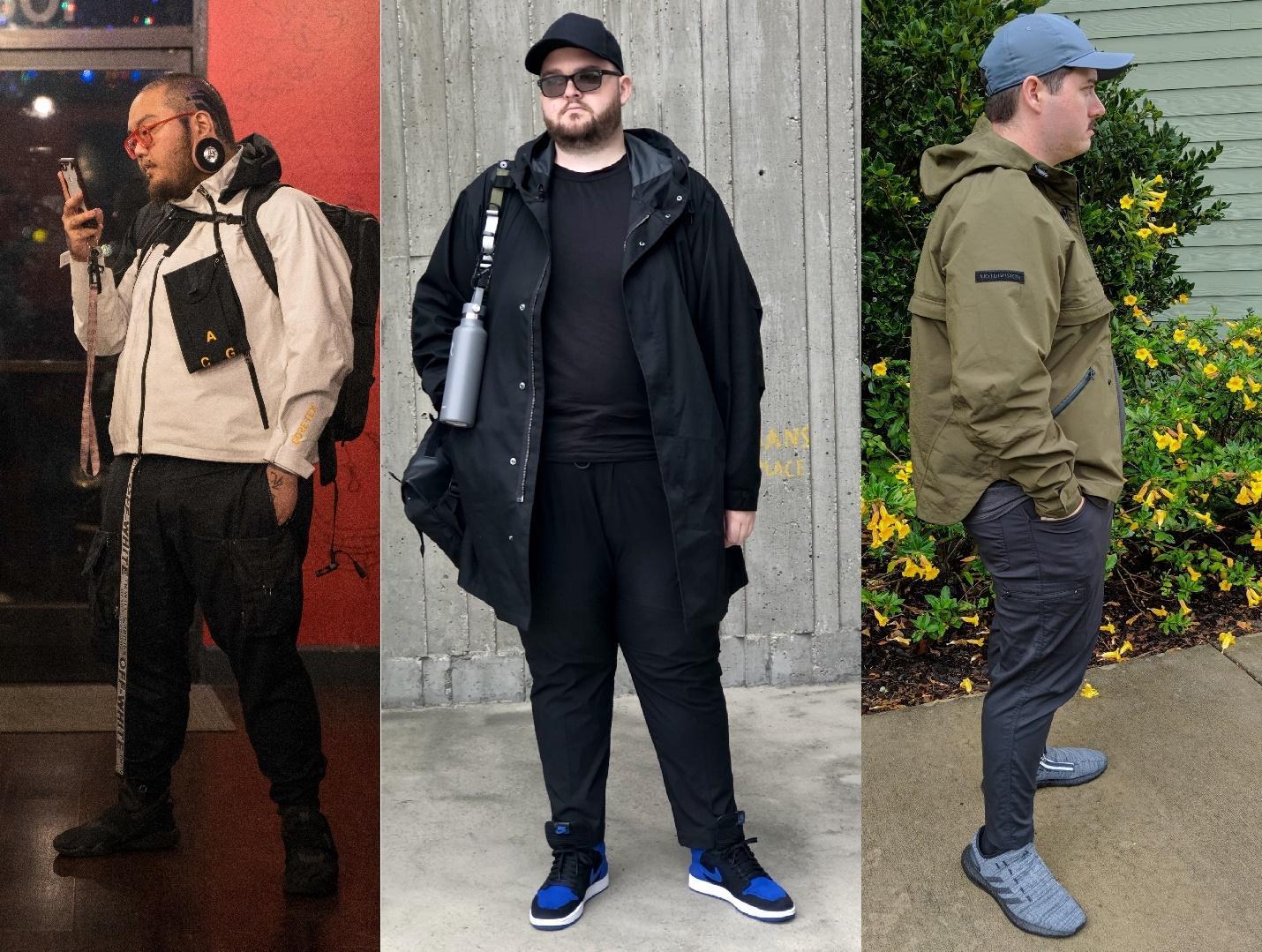 It goes over proportions, terminology, how things should fit and what common difficulties you could encounter. I often lament a lack of similar blog content to what I produce at a variety of styles and “levels”, but this is it! If you’re into that sort of analysis, I encourage reading of guides or costume designer interviews even if you don’t personally identify with the aesthetic, because it can exercise the styling-as-a-way-to-create-a-specific-vibe part of your brain in a way that’s removed from any personal baggage that you might also deal with when styling something for yourself.

This is pretty self explanatory, but there’s an indie shop by Chris Campbell that creates dessert inspired flats and heels. It’s kind of amazing.

If you are craving chocolate today here’s a sugar-free, carb-free, and gluten-free option!😁😅

That’s all! Hope this brings a little fashion fun into your week. I’m always going on about optimizing for wearability and striking a balance away from straight up costume in my personal outfits, but reading about people and productions that go all out in different styles is still one of my favorite ways to interact with fashion.